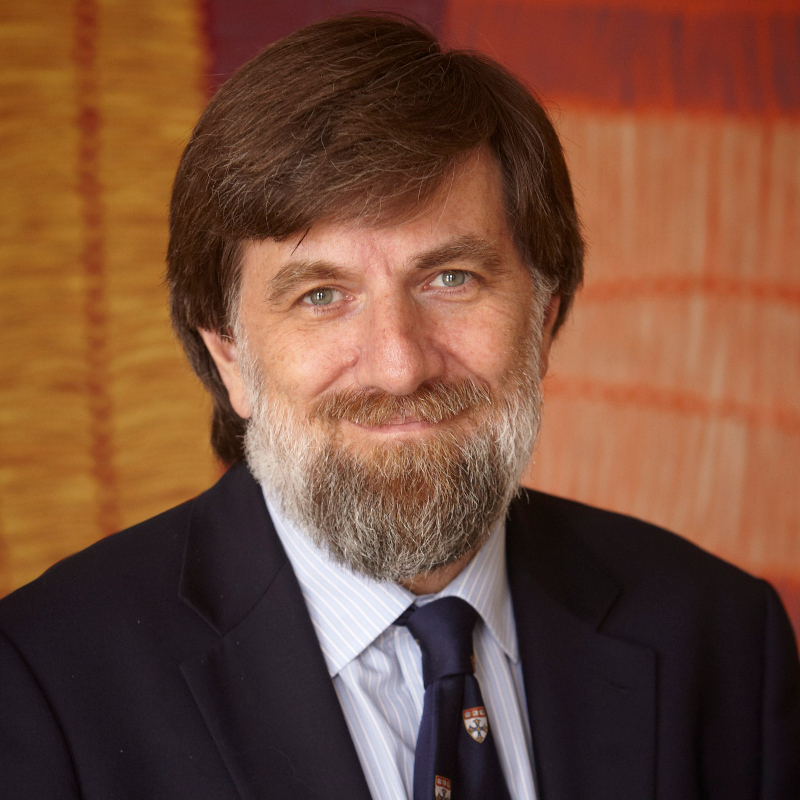 Acting Dean of the Faculty

David Hunter’s principal research interests are the etiology of cancer, particularly breast, prostate, pancreas and skin cancers. He is an investigator on the Nurses’ Health Study (N=121,000 US women), and was project director for the Nurses’ Health Study II (N=116,000 women). He founded the Pooling Project of Diet and Cancer, a collaborative analysis of dietary risk factors for breast, colorectal and lung cancers. He investigates inherited susceptibility to cancer and other chronic diseases using genetic data of 50,000 women (Nurses’ Health Study) and 25,000 men (Health Professionals Follow-up Study). He has led investigations across large consortia, leading to the discovery of multiple genetic associations including the common genetic variant in FGFR2 with the strongest association with breast cancer. He has developed and supervised laboratories at the Harvard T.H. Chan School of Public Health in which gene sequence information from these samples is obtained. Further, he has also studied HIV transmission for over twenty-five years, initially in Kenya and then in Tanzania.  He has collaborated with investigators in Dar-es-Salaam to understand the relationship of nutritional status with progression of HIV disease and perinatal transmission.

He co-chaired the Steering Committee of the National Cancer Institute (NCI) Breast and Prostate Cancer Cohort Consortium, was co-Director of the NCI Cancer Genetic Markers of Susceptibility Special Initiative, and was a member of the NCI Board of Scientific Counselors. He is contact Principal Investigator of the Discovery, Biology and Risk of Inherited Variants in Breast Cancer Consortium. He is the author of 700+ peer-reviewed articles and commentaries, and has co-edited three books, most recently Readings in Global Health (OU Press). He is one of 3,000 highly cited researchers in all branches of science worldwide (Thomson Reuters).

Professor Hunter was the Director of the Harvard Center for Cancer Prevention from 1997-2003, and was appointed Dean for Academic Affairs (2009) and Acting Dean of the Faculty (2015) at the School. He is the founding Director (2003) of the School’s Program in Molecular and Genetic Epidemiology, and has led the strategy for developing HarvardX and other online courses which have enrolled over 250,000 students with over 15,000 awarded Certificates of Completion. In 2015, the School offered a blended residential and online MPH in Epidemiology, the first such Master’s degree at Harvard University.