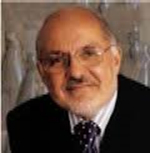 David Zaridze, born in Tbilisi, Georgia, obtained his medical degree at the Tbilisi Medical Institute in Georgia, and received a PhD from the Institute of Experimental and Clinical Oncology in 1969 and a DSc from the Cancer Research Centre in 1977, both in Moscow. Initially trained as a pathologist, he pursued a second career in epidemiology of chronic diseases. He worked with Professor Richard Doll at Oxford University between 1977 and 1978 and was affiliated with the International Agency for Research on Cancer (IARC) in Lyon, France, working in the Unit of Analytical Epidemiology, between 1979 and 1985. His main interest then was the relationship of smoking and diet with cancer, at the time when IARC was developing a research programme on diet and cancer. Professor Zaridze returned to Moscow in 1986 and was appointed Director of the Institute of Carcinogenesis within the N.N. Blokhin Russian Cancer Research Centre where he was also recently made a Deputy Director. He is currently the Director of the Department of Epidemiology and Prevention at the Russian Academy of Medical Sciences, and President of the Russian Cancer Society.

He is a member of several national and international scientific organizations, including the Russian Academy of Sciences, the European School of Oncology, and the IARC. In 2011, he was appointed as Visiting Professor of Epidemiology of Oxford University. He has authored or co-authored over 300 peer-reviewed publications.