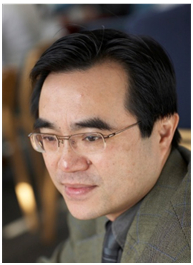 Zheng-Ming Chen qualified in medicine at Shanghai Medical University in1983 (now Fudan University), and gained his DPhil in Epidemiology at the University of Oxford in 1993. He was appointed as Professor of Epidemiology by the University of Oxford in 2006. He is now the Director of the China Programs at the Oxford University’s Clinical Trial Service Unit and Epidemiological Studies Unit and Executive Co-director of the China Oxford Centre for International Health Research based at China National Centre for Cardiovascular Diseases in Beijing. He is also an honorary professor of Peking Union Medical College and Fudan University in China.

His main researches focus on the environmental and genetic causes of chronic disease, evidence-based medicine, and evaluation of widely practicable treatments for chronic diseases (such as IHD, stroke and cancer) as well as efficient strategies for chronic disease control in developing countries. Over the past 20 years, he has initiated and led several large randomised trials in heart disease (50,000 patients), acute stroke (20,000 patients), cancer (15,000 patients) and cohort studies involving ~750,000 individuals. He is the lead PI for China Kadoorie Biobank (CKB), which involves ~512,000 adults recruited from 10 diverse regions across China with extensive data collection by questionnaire and physical measures, and long-term storage of biological samples. The CKB, together with the UK Biobank, represent uniquely powerful and rich resources ever established in the world that will allow scientists from around the world to make novel discoveries about genetic and non-genetic causes of many conditions.